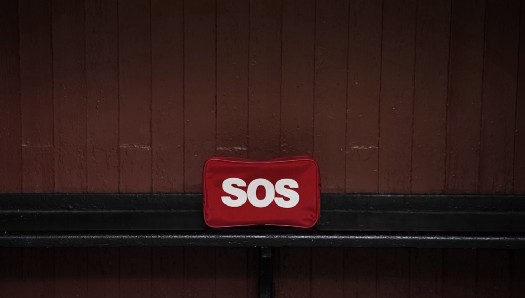 The Asian Financial Crisis was a financial crisis that affected many Asian countries that had enjoyed economic progress from the early 60s-90s. The crisis raised fears about an international economic meltdown due to financial contagion.

Financial contagion is a situation whereby there’s a spread of economic crisis or boom across countries or regions.

Before the Asian Financial Crisis happened in 1997, there was a period of an economic boom which was referred to as the Asian Economic Miracle. This period saw to growth in the Asian markets and it began in the ’60s, lasting till the ’90s. In this rosy era, Asian countries were experiencing high GDP growth rates and this was primarily due to:

1. High-Interest Rates: the Asian Tigers maintained high-interest rates to attract foreign investors looking for a high rate of return.
2. High Exports: export to GDP ratio grew from 35% to 55% and it led to rapid economic growth.
3. Rapid Industrialization and technological innovation and development.

The growth was so good, that at a point nearly half of the foreign portfolio investments went to developing countries in Asia.

The crisis started July 2, 1997, in Thailand with the collapse of the Thai baht after the government was forced to float the currency due to lack of foreign currency to support its currency peg to the US dollar.

At the time, Thailand had acquired a burden of foreign debt that made the country bankrupt even before it’s currency collapsed. As the crisis spread, most of the “Asian Tigers” saw slumping currencies, devalued stock markets and other asset prices, and a quick rise in private debt.

Debt to GDP ratio in the Tiger economies rose from 167% between 1993–1996 to 180% as at the time of the crisis. That is, the amount owed by these governments was over 167 times the value of their total productive activities.

Thailand had the highest economic growth rate between 1985–1996 of any Asian country at that time, it’s economy grew at an average of 9% per year. The Thai baht was pegged at 25 to the USD($). In May 1997, the Thai baht was hit by speculative attacks. The country lacked foreign reserves to support the Baht-Dollar currency peg and it was forced to float the Baht in July. Floating the currency meant that it was no longer a fixed exchange rate and the value of the baht was going to be set by the market. This was what ignited the Asian Financial Crisis.

The baht devalued swiftly and lost more than half its value. The baht reached a low point of 56 to the USD in January 1998. Thailand’s booming economy came to a halt amid massive layoffs in real estate, construction and finance. Finance One, the largest Thai finance company until then collapsed — a really sad story.

Indonesia was the hardest-hit country due to the massive falls in the exchange rate and stock prices. Indonesia was faced with economic political instability when it’s president resigned due to public pressure in May 1998. Before the crisis, the exchange rate was 2600 rupiah to 1 USD. The rate plunged to 11000 rupiahs to 1 USD in January 1998.
Indonesia lost 13.5% of its GDP in 1998 and as at the end of the year, the rupiah was 8000 to 1 USD — wow!

Large corporations were funding aggressive expansions and this left the banking sector with no returns or profits on Non Performing assets. There was haste to build large conglomerates that could compete on the world stage and this led the country into excess debt. On November 7, the Seoul stock exchange fell by 4%. The following day, it plunged by 7%, it’s biggest one day drop to that date. The South Korean WON, however, weakened to more than 1700 to 1USD from around 800. Due to the excessive debt the country had taken on, there were some major failures and a series of takeovers. Samsung’s $5bn venture was dissolved due to the crisis, Hyundai motors took over Kia Motors, and Daewoo Motors was sold to General Motors.

So What Led To This Ugliness?

The financial crisis began with a series of asset bubbles — this will be explained in a later blog post. Growth in the Asian region’s export economies led to a rise in foreign investment, this led to soaring real estate values, large public infrastructure projects among others. All these were funded by heavy borrowing from banks. Investors were ready to pump money due to the high-interest rates, this led to reduced investment quality and excess capacity soon began to show in these economies. The US raised its interest rate around time and it led to less foreign investment and less attractive exports.

The tipping point was the realization by Thailand’s investors that its property market was unsustainable, which was confirmed by Finance One’s bankruptcy in early 1997. After that, currency traders began attacking the Thai baht’s peg to the U.S. dollar, which proved successful and the currency was eventually floated and devalued. Following this devaluation, other Asian currencies including the Malaysian ringgit, Indonesian rupiah, and Singaporean dollar all moved sharply to lower levels. These devaluations led to high inflation and a host of problems that spread as wide as South Korea and Japan.

IMF, The Restorer Of Beauty.

The International Monetary Fund(IMF) intervened by providing loans necessary to stabilize the troubled Asian economies. At the end of 1997, the IMF had given out $110 billion in short term loans to Thailand, South Korea and Indonesia. In exchange for funding, the IMF required these countries to adhere to strict conditions, including privatization of state-owned businesses, reduced public spending, closing down of illiquid financial institutions and high taxes.

IMF also put in place specific rescue packages for the countries affected by the crisis. The packages were set up according to the structure of the economy concerned. In Thailand, the IMF put in place a new exchange rate regime, accelerated privatization, strengthened financial regulations and supervision, fiscal policies designed to produce a surplus.

By 2001, Thailand’s economy had recovered. Increasing tax revenues allowed the country to balance its budget and repay its debts to the IMF in 2003. In Indonesia, the packages that were put in place include liberalization of foreign trade and investment, increasing the transparency of the public sector to enhance the quality of governance, tight monetary policies.

By 1999, many of the countries affected by the Asian Financial Crisis showed signs of recovery with GDP growth resuming. Many of the countries saw their stock markets and currency valuations dramatically reduced from pre-1997 levels, but the solutions imposed set the stage for the re-emergence of Asia as a strong investment destination.

Lessons from the Asian Financial Crisis

1. Investors should always watch out for asset bubbles, some of them may end up bursting and when they do, investors are caught off guard and may lose all their investments.
2. Government should keep an eye on spending. Any infrastructure spending dictated by the government could have contributed to the asset bubbles that caused this crisis, and the same can also be true of any future events.
3. Transparency and integrity are two key factors that are needed to drive the economy of a country forward.
4. Good governance plays a key role in maintaining economic stability and preventing a financial crisis.