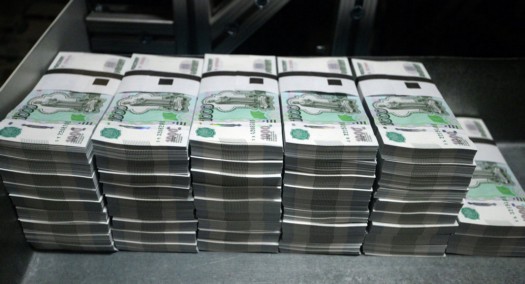 Prior to the Ruble Crisis, the Russian economy was just recovering from the fall of the Soviet Union in 1991. The collapse of the union led to a complete overhaul of the economic system. Russia began the transition from a centrally planned economy to a market economy.

In 1993, a market for ruble dominated government bonds, called GKO was installed. This provided the government with an additional means to finance its budget deficit. The following year, Russia adopted a stabilization program to lower inflation to single-digit again. The main element of the program was a currency peg — the Russian ruble was pegged against the United States’ Dollar (USD) at 5 rubles per USD.

In 1996, Russian officials began negotiations with Paris and London clubs to repay the debt inherited from the former Soviet Union to restore investor confidence. 1997 seemed to be the turning point towards economic stability. Inflation fell from 131% in 1995 to 11% in 1997, price of oil was $23 per barrel(Oil was Russia’s main export product), the trade surplus was moving towards a balance and Russia’s credit rating improved which allowed the country to borrow less expensively.

Limitations on the purchase of government securities by non-resident investors were removed thereby promoting foreign investment in Russia. The year ended with a 0.8% growth, the first positive growth since the collapse of the Soviet Union. Despite all these, the Russian economy was still faced with some problems, they include:

1. Low tax collection which caused public sector deficit to remain high.
2. Real wages were less than half of what they were in 1991, and only about 40% of the workforce was paid in full and on time.

Following the Asian crisis that hit the Asian Tigers in 1997, the market became very bearish and the Ruble came under speculative attacks in November. The Central Bank of Russia(CBR) defended the currency, losing $6 billion in foreign exchange reserves. In December 1997, prices of oil and non-ferrous metal which contributed two-thirds of the country’s hard currency earnings began to drop.

In February 1998, the Russian government submitted a new tax code to the Duma(the elected legislative body of Russia), the tax code was passed but its provisions did not help increase government revenues. Russian government sought additional funding but failed to reach an agreement with the IMF. The economic situation was becoming more alarming and on March 23, the President said the reforms were moving too slowly and fired his entire cabinet.

He appointed a relatively inexperienced Sergei Kiriyenko who had been in government as Energy Minister for less than a year, as Prime Minister. This move shocked a lot of investors and caused them to retreat.
In May 1998, the CBR governor warned ministers of a debt crisis within 3 years. Since the Asian crisis had made investors overly sensitive about currency stability, his statement was misinterpreted to mean that the bank was considering a devaluation of the ruble.

Later that month, government bond yields had swelled to 47%. Inflation stood at about 10% but lack of confidence in the government’s ability to repay bonds and restricted liquidity prevented banks from taking these government papers at such high rates. Due to the increasing lack of confidence, commercial banks and firms had less cash to keep them afloat. The initiative by the federal government to collect more taxes in cash lowered banks and firms liquidity. Meanwhile, oil prices had fallen to $11, less than half the price it was a year earlier. Oil oligarchs were pushing for a devaluation of the ruble which would increase the value of their exports.

In an attempt to support the ruble and reduce capital flight, interest rates were hiked to 150% by the central bank. In July 1998, monthly interest payments on Russia’s debt rose to an amount 40% higher than the country’s monthly tax collection. Debt could therefore only be financed by the issuance of more debt.

On the 13th of August 1998, the Russian stock, bond and currency markets collapsed as a result of investor fears that the ruble will be devalued and default on domestic debt. These fears had arisen during the previous months due to ongoing interest rate rises, capital outflows and the corresponding erosion of investor confidence in emerging markets. Annual yields on ruble-denominated bonds were more than 200%. The stock market had to be closed for 35 minutes as prices fell drastically. The stock market lost more than 75% of its value from the beginning of 1998.

It became clear that there was a crisis and it was going to escalate if emergency measures weren’t taken. On August 17, 1998, the government floated the exchange rate, devalued the ruble, halted payments on ruble-denominated bonds(GKOs) and declared a 90-day moratorium on repayment of foreign debt. The following month, the Central Bank decided to float the ruble freely as against the floating peg exchange band. This would cause the ruble to lose two-thirds of its value a few weeks later when it reached 21 units to 1 USD. The strong depreciation resulted in sharp food price increase and as a result of this, social unrest grew. Anticipating food shortages, Russia took precautionary measures by announcing an emergency food reserve and approving an emergency spending plan whereby the Central Bank prints at least $1.2 billion to help pay back wages, rescue banks, and support the new emergency food program.

The International Monetary Fund has the ability to lend money to countries that face difficulties in their balance of payments. In the case of Russia, the IMF was lending the Russian government money so that it could escape a financial collapse. The loan by the IMF was approved in June 1998 and as at that time, the financial crisis was inevitable. Russia held no reserves of currency, the country was running on nearly no budget and they were unable to pay wages. Even if the loans had come earlier, it wouldn’t have made much of a difference because Russia didn’t seem to have a solid plan to stop the disaster from happening. Less than 5 months to the time of the crisis, the President fired his whole cabinet and replaced them with new staff. It came as a shock to investors and it didn’t indicate that the government had a plan to stop the crisis from happening. The IMF did what had to be done but it was already too late to rescue Russia from a financial collapse.

Even though most forecasts continued to see the ruble weakening rapidly and the economy struggling to come out of the crisis, the Russian economy began to pick up in 1999. This was mainly due to the following:
Rapid Increase in International oil prices which resulted in a trade surplus.
The devaluation of the ruble benefited domestic industries because it led to a rise in the prices of foreign goods.
The economy recovered quickly and averaged a 6% growth per annum between 1999–2001. Industrial production averaged a 9% growth per annum within that period. Unemployment decreased from 13% in 1999 to 9% in 2001. Inflation fell from 85% in 1999 to 21% in 2001.

The 1990s were a rough period for the Russian economy but the country bounced back. In the next decade, Russia witnessed growth at a healthy pace of 7%, however, this growth was led by the commodity boom. The dependence of the Russian economy on oil was exposed during the 2008–09 global financial crisis and eventually again in 2014. The country has been able to bounce back from all these crises and it’s currently the 12th largest economy in the world with a nominal GDP of $1.52 trillion as at April 2018.

Insights from the Ruble Crisis:

1. Executive control and coordination are essential to prevent a financial crisis.
2. The IMF can only provide loans but can’t save a country that doesn’t have a solid plan to avoid a crisis.
3. Foreign investors can crash your economy if they become wary of the market, therefore it’s necessary to always avoid losing investor confidence
4. You can never have too many international reserves.
5. Diversifying the Russian economy is necessary to avoid a crisis when there’s a fall in global oil prices.